This band was magical, as haunted and unknowable as the most perfect magic. Its members seemed to bend beyond. They only made two albums and just weeks before Closer (the second) was to be released, their singer and extraordinary talisman Ian Curtis died at home, alone like my boy B, leaving a note to his estranged wife regarding the reasons he had chosen not to go on. 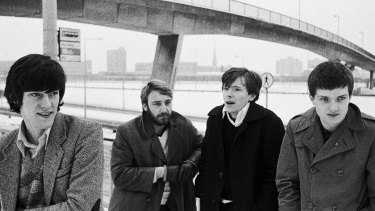